Power to the People!

Most project work at the Workshop School is done in your advisory, or paired up with another advisory. When the 9th grade decided to put on a play, they organized into groups across advisories, based on student interest in:

The script was written by Iayanna Jones (’17), adapted from Antigone by Sophocles. In the hands of our students, this ancient story of war and family ties became a contemporary drama about power, race, and standing up for your rights. To make this play a success, we partnered with Curio Theatre Company, who graciously provided mentoring on the finer points of stagecraft, lighting and sound equipment, and a stage on which to play. Power to the People put on two performances at Curio on Friday, March 27th, to an audience of peers, families, and community members.

Read more about the play at the publicity team’s project website. 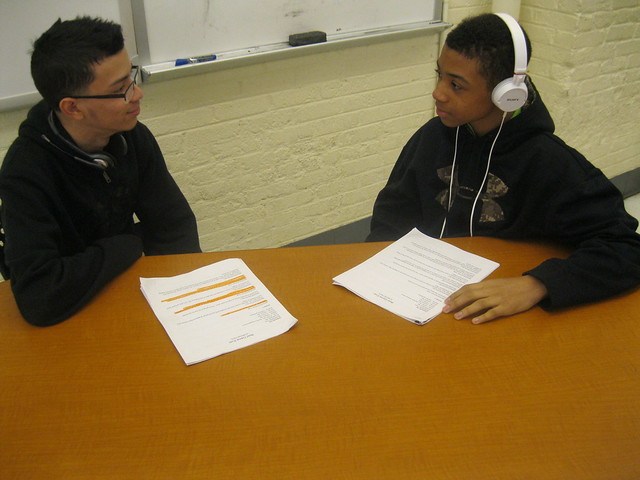 The School District of Philadelphia, an equal opportunity employer, will not discriminate in employment or education programs or activities, based on race, color, religion, age, national origin, ancestry, physical handicap, gender, sexual orientation, union membership, or limited English proficiency. This policy of non-discrimination extends to all other legally protected classifications. Publication of this policy in this document is in accordance with state and federal laws, including Title IX of the Education Amendments of 1972 and Sections 503 and 504 of the Rehabilitation Act of 1973.